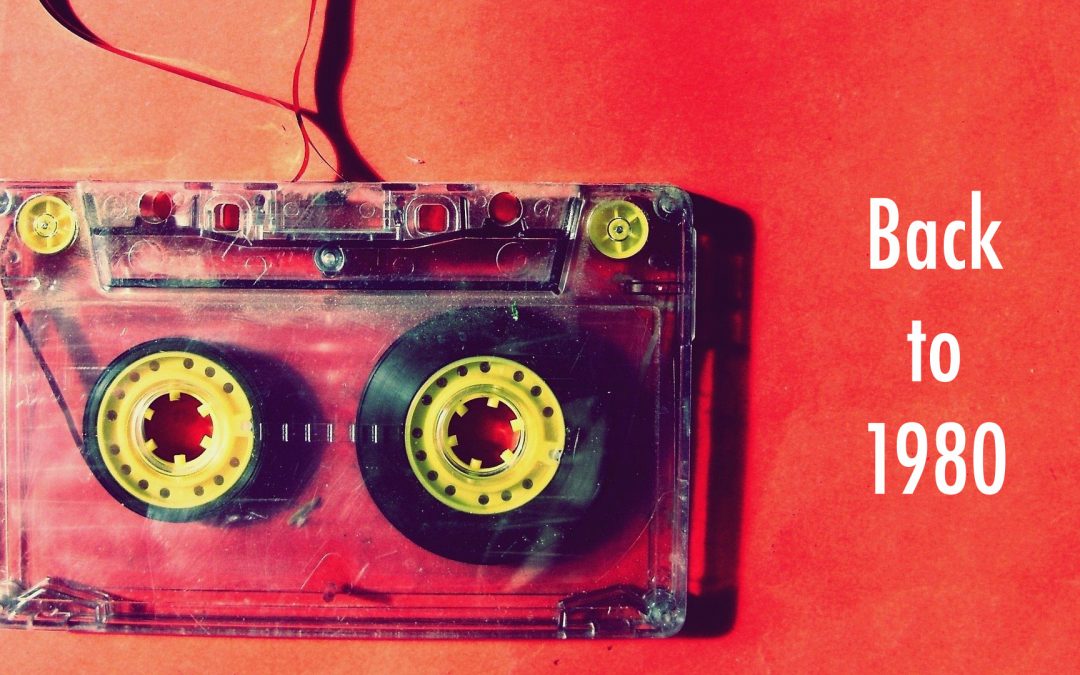 While most people might look back over the previous 12 months at this time of the year, we are going back a bit longer! If EJM was married, it would be celebrating a Ruby Anniversary in 2020, that’s where this blog is going to go – a look back to the year we were formed as a business 40 years ago –  right back to 1980 – we have several similarities to the events of that time (even loosely!)

So as we step back in time, have a read of the first of two light-hearted blogs and see how much you remember about that time. For our readers that were not even born, read on and learn how the times have changed (you may have to Google anything you don’t understand – 40 years ago that would be an encyclopedia book, not a search engine!).

Although a lot has gone on with different governments in the last 40 years, with changes of political parties, elections and referendums, in 1980 it was, as it is today, a Conservative government. At the helm of the government in 1980 was a formidable leader named Margaret Thatcher. 1980 was a time of major change with this Prime Minister and to begin a business in this year may have seen madness to many, as those who will remember, businesses faced uncertainty and turmoil. But we did it, and we are still here to tell the story! So, what else went on in 1980?

Looking back now, industries were changing all the time – especially the motor car industry. 1980 saw the launch of what we will now call classic cars. Vauxhall, for example, launched a new car called the Astra! It has gone through a fair few changes and additions, but like us, it is still around today. Other notable cars that were also launched in 1980 include the MK3 Escort from Ford and a very popular car at the time and through the 80s, Austin released the Metro. We wonder how many of our readers drove one of these vehicles!

It would be silly of us to leave out 1980s football, especially as we are sponsors of a local team at the moment. So who were the big names in the sport in 1980? Liverpool were the First Division champions – and that doesn’t mean to say they were promoted into the Premier League (that didn’t even exist then). The European Cup was won by Nottingham Forest, and in the FA Cup, the honours went to the underdogs, West Ham who beat Arsenal one-nil at the old Wembley Stadium.

Our local team may not reach the dizzying heights of those teams, but we always support as much as we can – and that includes our us supporting our clients!

Remember the days before online streaming? Before DVDs and even before video players? If you wanted to see a film back in 1980, you would need to queue up at the cinema. It meant that television companies had the cream of the crop when it came to showing films. Unlike today some of the films were made years before they were first aired on television. The viewing figures were also crazy! To make you feel old, in 1980 the James Bond film Live and Let Die which was made in 1973, was aired to a record 23.5 million people on ITV. How times have changed!

What were the people that started working at EJM listening to on their radios in 1980? Again, no live streaming, CDs, or YouTube – these were cassette tape times and tuning into the Top 40 on a Sunday night. Back in 1980, our staff would be listening to Abba, The Police, David Bowie, Status Quo and Blondie to name but a few. The biggest selling single of the year was Don’t Stand so Close to Me by The Police. Like us, several bands have stood the test of time from 1980, and we may not sing as well as them, but we sure can install refrigeration plants better!

So, who else do we share our birthday with? In 2020 these people are also 40 years old (some might surprise you, and some you may have to think have had some maintenance work completed – not by us we would like to add). Racing driver Jenson Button was born in 1980, well-known footballer Steven Gerrard was also a 1980 baby – and he shares that birth year with fellow footballers Ashley Cole and John Terry.

So that brings us to the end of the first part of the 40-year blog, we hope you enjoyed reading it and it may have brought back some memories! For us, it shows how far we have come as many of these things seemed even longer ago! Join us for the last part of the blog, to be published at the start of February – we have another more serious one before then!