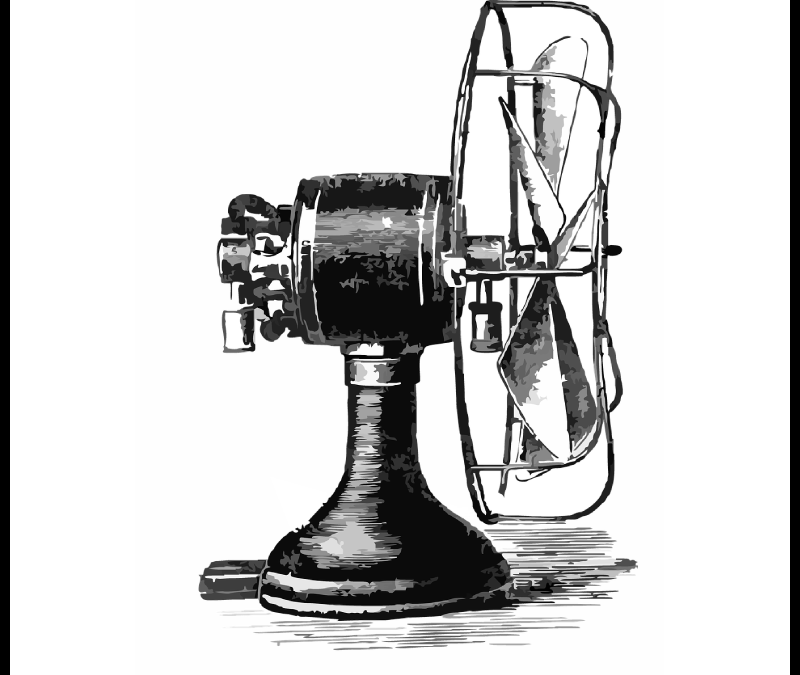 This invention has been around for a while, but air-conditioning (otherwise known as air-con) has an interesting past. This blog looks at some of the facts that surround air-conditioning and how it has helped change and shape and the way people keep cool in the warmer weather. Don’t forget here at EJM we are experts in all things in keeping cool, so if there is any project you have in mind, don’t hesitate to get in touch with us and we will arrange a follow-up as soon as possible. Now onto the blog!

The first air-conditioning was actually the electric fan, this is way before pipework and cooling systems were even thought of. Predominantly offices used to have fans on their desks, helping to keep the area cool. The early fans were big and clumsy and also could get very noisy. Even at the time of these predecessors to the modern air-conditioning, inventors knew there must be something better. Desk fans are a little deceiving because rather than cool the air down, they merely displace it, some people even used the fans blowing over the top of ice – which has a better effect.

Like many inventions, the first true air-conditioning was made in the USA. It was in 1902 and the first unit was designed to help with cooling the air down and to provide ventilation. The man behind this was called Willis Carrier. He actually worked at a printing and publishing company in Brooklyn and was fed up with the poor air quality, so he took it upon himself to design his own system. This system is said to be the original and is termed air-conditioned. The actual term itself was coined after an engineer worked out how much ice would be needed to have the same effect in cooling to the same level.

The USA is where air-conditioning really took off and it was thanks to a quite unlikely source. The movie theatre industry of the time had real problems in getting people to stay and watch films, as it was too hot inside the movie theatres. So they took on air-conditioning to help keep the public that went to see the films cooler. This took off in quite a big way and it was a major selling point for theatres all over the United States to get people through their doors. Tickets that used to go on sale during this time even bore the words ‘refrigerated air’!

There is even a much more modern American movie starring Nicolas Cage called Con Air – an action movie about a set of convicts travelling on an aeroplane being transferred to another prison. There is no doubt that Con Air is a play on words with air con!

Air-conditioning also has health benefits, which amazes some people! Think of it this way, asthmatic people can have trouble with particles in the air that can elevate their asthma. Air-conditioning can help filter these particles and make the air much easier for asthmatics to breathe. In severe cases of asthma, some medical professionals even suggest that the sufferer has an air-conditioning unit in their home address. The units help remove pathogens and harmful particles and the bottom line is they may even save a life.

The biggest manufacturer of air-conditioning units you may still think would be the USA, however, it may surprise you to learn that most units now come out of South Korea!

In the years following World War II, air-conditioning became something of a status symbol. The units to keep people cool that sat on window sills and pushed the cold air in and warm air out was so popular in 1953 that they sold over a million units!

It is not just schools that had this break started because of the heat over the summer. Government agencies also took advantage of it and close down over that time.

So you can see that air-conditioning has had a bit of interesting history. Who’d have thought that a unit to keep you from feeling too hot would be so much in demand? We hope you have enjoyed this short blog about air-conditioning facts, and don’t forget we not only install aircon units but can maintain them as well. Please contact us for more information.