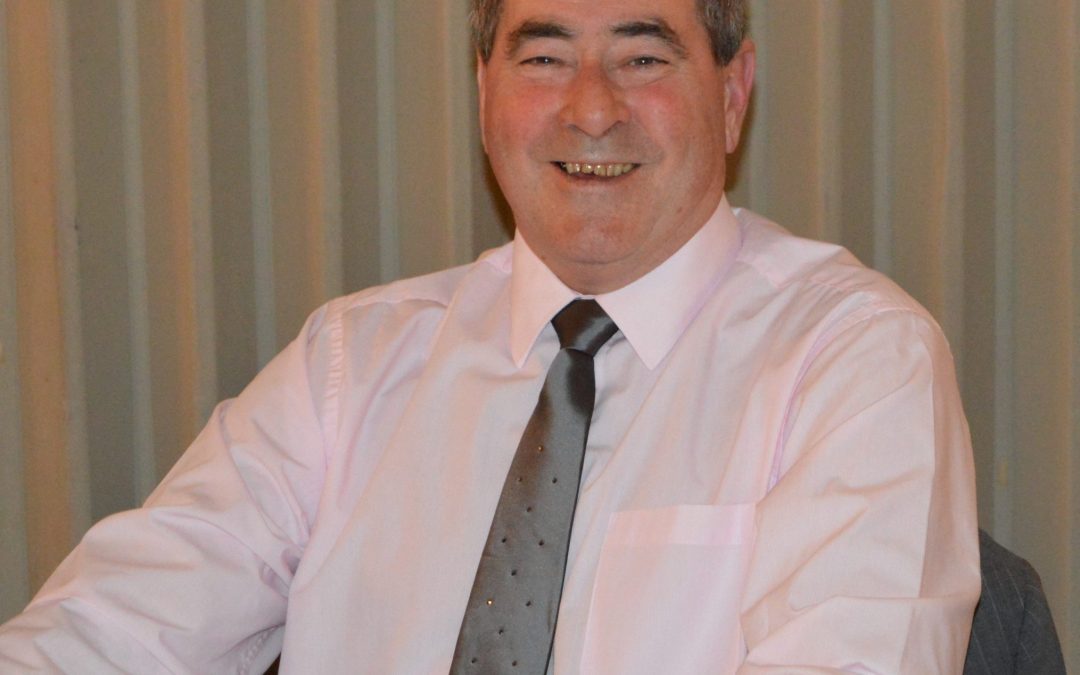 So much can happen in almost three decades, technology and the world can move at an astonishing pace and it is hard sometimes to keep up with new developments. One of our long-serving employees, Geoff, has seen many of these changes come into play in the engineering industry, especially the refrigeration sector.

One of a somewhat rare breed, Geoff has been with us in the same company for the past 29 years, but the time has come for him to bid us farewell and start enjoying a very well deserved retirement. We have been honoured to have Geoff as a loyal friend and colleague, and equally honoured to be able to highlight him in this blog, about his time at EJM. We did a bit of a chat session with him and below are the high points of an outstanding career.

Way back in 1990, Geoff started with us here at EJM as a design engineer. His role involved designing for the commercial and light industrial refrigeration sector. It was a role that Geoff was to make his own, to the point of keeping the design engineer role right up until his retirement!

You may think that being in the same role for such a long period of time could become boring, however, nothing is further from the truth in Geoff’s case. It was the diversity in the range of products that kept him challenged and motivated, something which he admits himself, as “thoroughly enjoyable”. He feels the industry has rewarded him well and in his own words has, “worked with some first-class engineers and technical staff over the years, who have made the role both challenging and interesting.”

So, drilling down, what has made the role for this amount of time quite so enjoyable?

“It really is the diverse projects we have been involved in,” explains Geoff. It’s true at EJM we do have a variety of diverse ideas when it comes to projects. Everything from refrigeration, air conditioning, and ventilation to positive air systems, Geoff would have had a major input, in helping to design for the company. If one thing really stands out Geoff recalls, it’s “the issue of ammonia fumes during the maturation of Stilton Cheese!”

We did say the projects were diverse!

One of the answers we were intrigued to know – especially with modern technology processes, was…

Over the time you have been with EJM, what are the main changes that you have seen?

Unsurprisingly it has been computer-driven technology that has changed the most. It may be an old cliché of how ‘did we cope before computers’, but in Geoff’s case, he has seen both sides of the argument. His take on it? “The introduction of computers as I cannot remember how we managed to get through the workload without them.”

Geoff remembers early in his career using a slide rule (readers of a certain age may have to Google this!) Additionally, Geoff also used a calculator alongside it, and then all drawings were carried out in pencil.

Then along came microchips and Geoff embraced the new technology. “Computer Aided Design (CAD) was a revelation and offered so many benefits to my every day working life.”

After a long service, it must be hard to make the change into retirement. 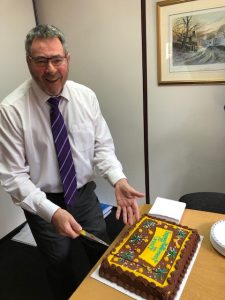 Doing the same role for 29 years must have an impact when suddenly it’s not a working day. However, Geoff has definitely earnt the rest. He is very much looking forward to retirement and spending more time in his caravan and with his ever-increasing grandchildren!

But after so long in the job, he must be going to miss something?

“Working with the same colleagues over the 29 years at EJM they will be missed,” Geoff admits.

In the refrigeration engineering sector, Geoff does have a vast amount of knowledge, so we put it to him…

With so much valuable experience under your belt, is there any advice you could pass onto tomorrow’s engineers?

“CO2 is the next challenge for all companies together with the control on HFC refrigerants. I believe that the Refrigeration Industry can offer young people a long-standing career.”

And it’s not just the refrigeration industry that Geoff feels engineers can excel in. “An engineering role opens so many doors throughout a diverse industry,” he concludes.

So sadly, for us, Geoff is off to pastures new and hopefully a very enjoyable retirement. We are proud to have worked alongside such a dedicated colleague. From all the team at EJM we wish him the very best for the future and many enjoyable times in his caravan and spending time with his grandchildren.

Farewell Geoff and thank you.